As I rummaged in the linen closest for towels for recent guests, I came across one of the better examples of the frugality of 2oldhippies: a bath towel from a set given to us as a wedding gift by Craig’s sister 30 (yes, thirty) years ago this August. 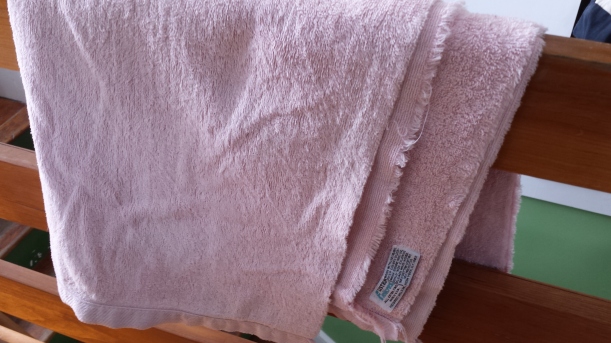 Coincidentally, another long-serving wedding gift is a pair of colanders from my own sister. One has lost its base, but still drains four servings of boiled pasta with ease. 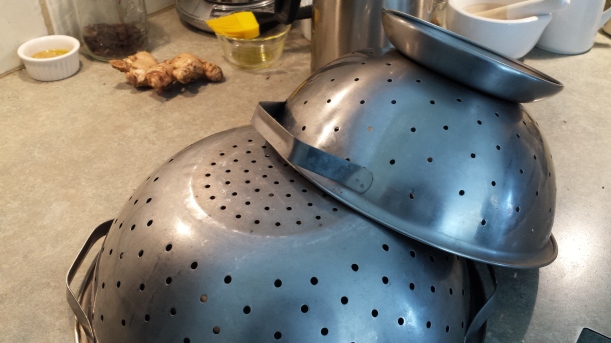 Less successfully surviving married bliss is a lovely bowl that some Montpelier friends picked out for us at Artisan’s Hand, most likely. It can no longer serve pasta from the colander, but it’s great for popcorn. 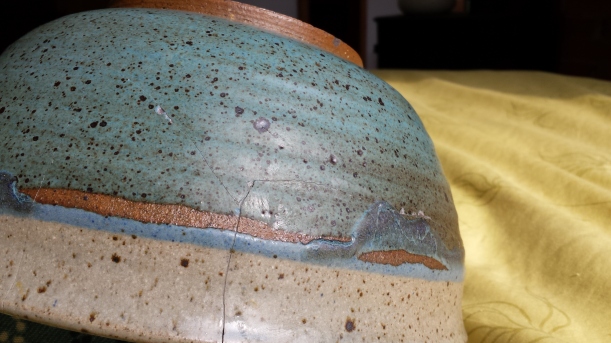 “C’mon, guys,” you might say. “Enough is enough! Why not just get fully functional replacements?”

To which I’ll just reply that these items are one year younger than our 1985 Westy camper. Well, at least we’re consistent.